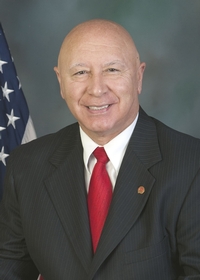 Senator Mario M. Scavello currently serves as State Senator for Pennsylvania’s 40th Senatorial District, representing portions of Monroe and Northampton Counties. Prior to his election to the Senate, he served more than a decade in the House of Representatives, representing Monroe County’s 176th Legislative District. Senator Scavello is Chairman of the Senate Majority Policy Committee; and Vice Chairman of the Senate Transportation Committee. In addition, he serves on the Rules and Executive Nominations Committee; Aging and Youth Committee; Urban Affairs & Housing Committee; and Consumer Protection & Professional Licensure Committee. He previously served as majority chairman of the House Labor and Industry Committee for the 2013-14 legislative session. In the Senate, he previously served as majority chairman of the Game and Fisheries Committee for the 2015-2016 legislative session; Community, Economic, and Recreational Development Committee for the 2017–2018 legislative session; and Banking and Insurance Committee for the 2019-2020 legislative session. As Senator, Mario continues to push for support and action on many issues critical to the 40th Senate District including school property tax reform, transportation infrastructure investment, economic development and tourism promotion. Mario has also taken a lead role in supporting expanded vocational-technical skills training for students entering the trade fields. Mario passionately continues to voice his support for all-day vocational-technical school to help address the skills gap in the Commonwealth. Mario’s tenure in the General Assembly is highlighted by his steadfast advocacy for school property tax reform. He has repeatedly introduced, voted for, and supported legislation to shift school funding away from the burdensome school property tax, which threatens both families and seniors trying to stay in their homes. He also supported the implementation of the Commonwealth’s new, fairer education funding formula and has successfully brought millions of additional education dollars back to his home school districts. With an extensive background as a small business owner, Mario has brought commonsense, fiscally responsible leadership to the public sector. He is a former mayor of Mount Pocono, former chairman of the Monroe County Board of Commissioners and is very active on the local level as a community leader. Mario has served in many organizations, including the United Way of Monroe County, Knights of Columbus, Rotary Club and the American Red Cross. He is a recipient of the Boy Scouts of America Good Scout Award, African-American Network Men of Valor Award and has been recognized as a “Champion for Children.” A graduate of Theodore Roosevelt High School in the Bronx, New York Mario also attended the City University in New York. Mario and his wife, Mary Ann, have celebrated over 45 years of marriage. They have two grown daughters, Michelle and Melissa, and four grandchildren: Braydon, Madelyn, Lucas and Brynn.
View Larger Map